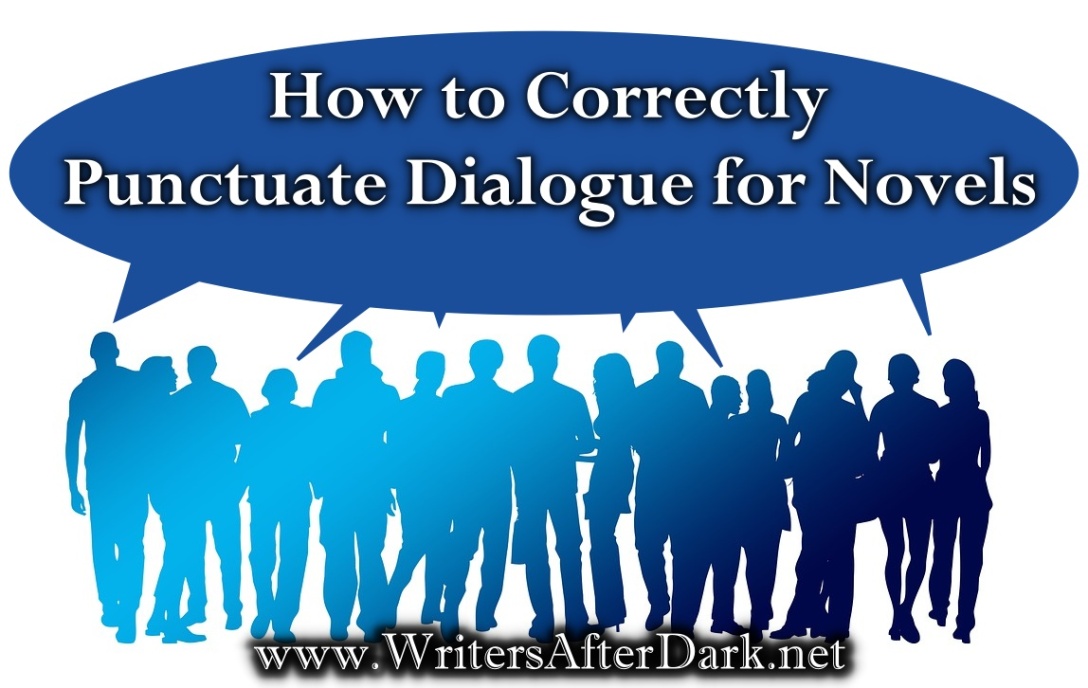 Writing dialogue is messy. Am I right?

It has so many rules, it makes me wish I’d gone with my original plan in life. I’d intended to become an all-in-one supermodel-psychologist/part-time medical researcher. What? I thought I wanted to save people, discover things, and change the world wearing a tiara and killer heels. But the more I thought about it, the more I realized I just wanted to sit on my couch drinking coffee and writing all day while wearing no pants.

Plus, apparently my status as a supermodel got cut short (no pun intended) by my lack of height. And love of cake. Also, had I continued studying psychology, I’d have been forced to stop listening to the voices in my head . . . and that was SO not cool. The thing was . . . I didn’t know how to properly punctuate any of my internal convos. And that became a bigger problem when I decided to take all my imaginary dialogues and turn them into novels. You know what that made me look like? An amateur writer. Which I was, but that’s neither here nor there.

Luckily, I like to research so I went after those punctuation rules like a beast. I remember reading one analogy saying that all those interesting symbols are like traffic signs in the writer’s world. And they truly are. They help make our writing clear by adding some much-needed structure. But which symbol goes where—and why? Well, I’m here to assist with that.

Here are some rules for punctuating dialogue:

QUOTATIONS
Yep. Had to start with the obvious . . . because why not?

*When a character is directly quoting another person. Use regular quotation marks for the main character’s dialogue, but single quotes for the quote-within-a-quote.
*Like so:

“Then he told me, ‘You shouldn’t have more cake.’ I couldn’t believe it!” Kat said.

*If there’s an indirect dialogue, it won’t require any quotation marks.
*Like so:

“I hate diets,” she said, thinking of coffee and cake.

*Or add the action and the tag at the beginning of the dialogue sentence.
*Like so:

Thinking of coffee and cake, she said, “I hate diets.”

*BONUS: never use quotation marks for thoughts, even if it’s to indicate inner dialogue. My advice is to use italics instead. The reader will know our awesome character is talking to him/herself. 😉

*Always capitalize the first word of a dialogue.
*Like so:

“This diet is going to kill me,” Kat said.

Kat said, “This diet is going to kill me.”

Kat frowned. “This diet is going to kill me.”

*If you’re splitting the dialogue with a tag, the second half of the dialogue should begin with a lowercase letter.
*Like so:

“This cake,” Kat said, “is my reward for eating healthy yesterday.”

*If you use a question mark or an exclamation mark to end the dialogue sentence, and you’re not using the speaker’s name, do not capitalize.
*Like so:

“Do you think this diet is going to kill me?” she asked.

*Commas and periods always go inside quotation marks.
*Like so:

*Always use a comma before, and, or after the name when addressing someone directly in dialogue.
*Like so:

“Happy birthday, Ray, and I wish you many more!”

(“Dude” is not a proper name, and it’s not being used as one, so no capitalization needed.)

*If the dialogue tag is an action, use a period to end the sentence dialogue.
*Like so:

“I get to eat cake today.” She smiled.

Ray asked, “Who ate my cake?”
Kat was in another room and didn’t hear clearly. But later that night she recalled the accusation in Ray’s tone and wondered. Did he say, “Kat ate my cake”?

*If a question or an exclamation mark happens at the end of the dialogue, it replaces the comma or period that otherwise would separate the dialogue from the dialogue tag. (Again: no capitalization unless it’s a proper name.)
*Like so:

(That made Kat very angry, FYI.)

*An em dash or pair of dashes [–] is used to break off a sentence. It is NOT a hyphen. You can find it in your “symbols” section of your doc, or you can use the shortcuts. “Alt0151” on Windows, or “option hyphen” on MAC.
*An em dash is used to indicate a sudden break in thought or speech. Or used to indicate an interrupted/unfinished statement or question.
*Like so:

“This was a really good cake,” Ray said. “I wonder who ate a piece without aski—”
“I didn’t do it!” Kat yelled. “I only ate a small piece for breakfast.”
Ray frowned. “For breakfast? Why would yo—”
“Oh, don’t judge me. Diets are hard!”

“I love cake”—Kat tucked a piece of hair behind her right ear—“but I didn’t eat it.”

*Ellipses [. . .] are perfect (perfect, I say) for when the dialogue trails off.
*Use it to indicate when one character is unsure, pausing to think, or doesn’t want to finish a sentence.
*Like so:

*If you’re using an ellipsis at the end of a sentence, you will still need the sentence period. So it would be four dots.
*Like so:

*If you’re using indentation with each paragraph (as you should), always indent the first line of dialogue as well.
*Begin a new paragraph each time the speaker changes.
*Like so:

Lynda stared at the floor. “I’m sorry, Ray. I really should have asked. But I didn’t think anything of it. How could I have known you were going to blame poor Kat?”
“It’s all right,” Ray said. “I just thought she had no self-control.”
“Yeah, I can see that.” Lynda laughed.
It wasn’t fair to Kat. Every time food went missing, they all seemed to blame her. She stared at both of them wishing she had, in fact, eaten the cake.

*Dialogue and narration can be in the same paragraph. You can have the dialogue at the beginning, middle, or end of the paragraph and the narration.
*Like so:

Kat was a short, supermodel-wannabe; she’d been sold short by . . . her shortness. But that didn’t stop her. She went after another one of her dreams, and she became an author. Sadly, that didn’t leave enough time for workouts, which was problematic because she loved food. And on her friend’s birthday all she could ask was, “Can I have a piece of cake?”

Lynda said, “I’m truly grateful you’d forgive me for eating your cake, Ray. And for finishing off the steak in your freezer. Um . . . and those brownies. I can’t believe how far your generosity goes. I’ll, of course, bake you a new cake tomorrow and hope you’ll share a couple pieces with Kat and me.
“She’ll help, obviously. Kat knows how to make the best cakes . . . mostly because she really loves to eat it. But more importantly, she makes the best coffee that goes along with it.
“I know you’ve had her special combo. That gal is the best, I tell ya!”
Ray nodded. “I wholeheartedly agree. Kat really is the best at cake and coffee. We’re lucky to have her as our friend.”

So the next day, they had the best cake and coffee they’d ever had. The three of them, together, no conversation needed.
Three friends, one soul.

And there you have it! If I missed any rules, please don’t be shy! Go ahead and share them in the comments below. Thanks!!! 😀

***Special thanks to my editor, Lynda Dietz from Easy Reader Editing, for double checking my advice. (Yes, the one who ate my co-host Ray’s cake.)

43 thoughts on “How to Correctly Punctuate Dialogue for Novels”