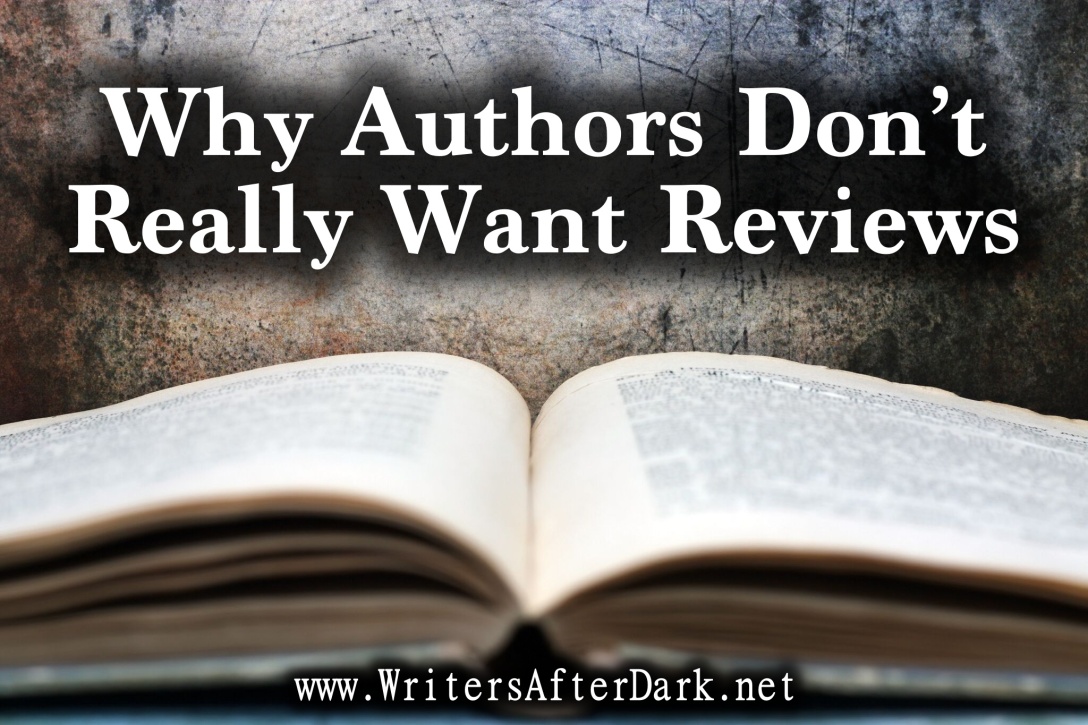 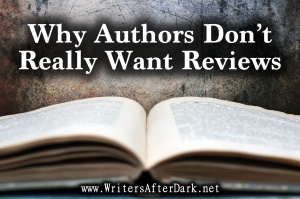 If you’ve reached the point in your writing where you’ve pressed <Publish>, my guess is that you believe that you have just released one of the best books “ever.” Regardless of the genre, yours stands above the masses because it is well-written, smart, insightful, and a host of other accolades that should – if there is any justice in this world – appear in the New York Times and Amazon. There may be some writer out there just pumping out the garbage, but you take your craft seriously. Certainly, the intelligent reader will notice, and the reviews will demonstrate your greatness.

I’m not standing on a soapbox here. Everything in the proceeding paragraph I believe about my work. Maybe, just maybe, The Stand is better than my book. When it comes to zombie apocalypses though, I absolutely nailed it.

Or maybe I didn’t.

Unfortunately, I already published so when I submit the work for a review; I’m actually thinking, “could you write a hundred words about how much you loved my book?”

Now I am certain that there are a few authors who would decree that they want an “honest” review of their books. And I would respond “if you wanted an “honest” review, you would have asked for such before you published it.”

What difference do suggestions make at this point? Are you going to pull it off the market and work those suggestions or edits into your story? I think the answer is “no.” What we really want is confirmation that our novel is five stars.

I didn’t realize how true that was until I saw a rating of one of my novels on Goodreads. The reader gave it four stars. Now that isn’t as good as five, but it certainly isn’t one or two. Still, I found myself wondering why this reader thought it was one star short of greatness. I looked at other books she had rated, knowing such behavior was both obsessive and ridiculous.

I mean, how does one even differentiate between a 5 star and 4-star rating?

I “liked it a real lot” and I “loved it” are divided by such a thin wall.

Should it matter that it isn’t the absolute “best” book she ever read?

I thought about sending the reader a little message. As I imagined the interchange though, I decided against it.

Here is how I figured it might play out:

Me: Hi, Thanks for reading my book. Hey, I was just wondering what I could have done differently to make it a 5-star rating for you.

Her: Oh you’re welcome. It was a really good story, and I enjoyed it.

Me: Yes, I saw that with the four stars, but why didn’t you think it was 5?

Her: Well I hadn’t really thought about it, I guess I wanted to see a little more romance between the characters.

Me: Sure, but it’s a zombie story, and there is some romance, but I didn’t think it made sense to expand on that.

Her: Yeah I get it, but no big deal because I thought it was great.

Me: Then why not give it five stars?

Her: Umm like I said, it was really good, just not five stars for me, but I’m sure other people will give it 5.

Me: Well it sounds like you just guessed with your ratings! I mean it’s not a romance story you know!

Her: Look I don’t give anyone five stars okay.

Me: Oh I get it, little miss, perfect if you think you can do better then write your own F-ing book!

Her: You’re insane, leave me alone.

Me: I’m sorry, I really am, writers tend to get really attached to their work. Again, I apologize and thank you for reading the story.

Me: So maybe in your profile you should point out that a 4-star rating from you is really like everyone’s 5-star rating – I mean so that people know.

Me: I knew you were a stupid poopie head.

In fact, researchers conducted a study of smiles displayed by Olympic winners – Gold, Silver, and Bronze. And using micro-expression analysis, they found that “silver” medal winners tended to display the greatest occurrences of “forced” smiles e.g. Smiles that weren’t a sign of true happiness.

Bronze winners were more authentically happy than silver winners. So apparently we’d rather “just win” than “just miss first place.”  First loser is just a terrible place to be because you were just so close.

Now that I’ve justified, with science, my 4-star bitterness, let’s get back to authors.

No one intends to write a bad book and everyone who puts the work “out there” wants the confirmation that the writing was a worthwhile endeavor.

The problem, however, is that one cannot improve his or her craft without constructive criticism. The obstacle for Indie authors is that the cost of developmental edits is sometimes beyond the writer’s available resources. On the other side, the reviewers who could help most – other authors – are hesitant to offer such advice.

If your book is already published, even I wouldn’t want to point out the info dumps, the errors in spelling, or potential dead-end subplots found in it because I know that would hurt.

There is a lot of ego in writing. It’s a very personal, very intimate product. And the truth is that every author who has ever hit that publish button truly believes their work is ready for public consumption. And every author desires the confirmation that it really was good.

But to master our craft, we need the ability to separate what the reader would “like to happen” from the suggestions that would improve our story-telling. “More romance” is a subjective opinion, but “fewer typos” is an objective criticism.

It’s not an easy task because both affect us equally. It’s not a task that I have mastered.

But that’s just me…am I the only one secretly looking for confirmation?

Maybe in the future, book reviews will grab a page from Netflix—a simple thumbs up or thumbs down. That would reduce some of the obsessiveness over the two, three, and four-star reviews.

Until then,  can you just give me a five-star review in exchange for my promise to improve?