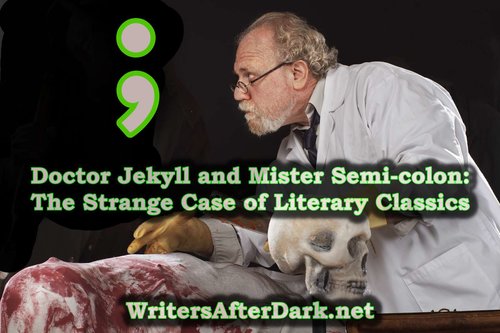 I’m on a renewed trip through the literature classics—and no, a book isn’t on the list because BuzzFeed claims it to be a “Classic.” In that sense, I’m a traditionalist. I have many modern favorites that I would love to see on the list of top classics someday. But to be a classic, in my traditional mindset, an author’s work must stand the test of time. I have little doubt that Toni Morrison and JK Rowling, and perhaps even Stephen King, will someday be classics—but we’ll see in sixty or so years.

But back to my trip through the classics.

I’ve read a lot of them. High school, college, and my self-imposed two-year read list when weekly air travel had me determined to use those hours for something more than Sudoku and business books.

Even with all that I haven’t scratched the surface of all the classics I’d like to read before I die. And on this journey, it is a little more fun because my adult son is joining me.

So we compiled a list of our top 100 must read. For me some are repeats. I do hate to waste precious reading time on a book I can already claim to have read. However, I can’t help but feel that I might have been overly critical of D.H. Lawrence when I read Sons and Lovers in the eleventh grade. Still, I put him pretty far down the list just in case he really as dull as my sixteen-year-old self recalls.

Also, as I learned, you can be surprised by even an author of classics. I didn’t hate Albert Camus’ book, The Stranger, but I didn’t take to it the way I took to Hemingway. When I recently cracked Camus’ The Plague, I fully prepared for the same type of narrator. With pleasant surprise, I discovered an existentialist could write in a less than doom-and-gloom voice.

But it was upon the first book that I was reminded that when reading the classics one must be prepared for not only a different style and intent in writing, not just thoughts and views of different eras but also how that is reflected in the grammar of the time.

Clearly, I am not a grammarian. I hold strong opinions that English grammar is unnecessarily burdensome, has too many rules and would be well served with the kind of simplification that would allow more folks to write with confidence.

I also cannot say with absolute confidence that any modern and edited version of a classic has not undergone some modernization of the grammar. I have the 1611 version of the King James Bible. Obviously, someone cleaned that up a bit in later versions. So, one could suspect that at least some of the classics have been “cleaned up” in the same way, although not to the extent that the New World Bible “cleans up” the King’s version. ( I won’t point out that Unicorn is not the same word as Oxen…even in greek. That’s another story for another time.)

So, in getting back into classics “mode” my son and I decided we’d ease into it with a shorter story. I had read The Strange Case of Doctor Jekyll and Mr. Hyde a long time ago. It was amazing to find that most of my memories of the story were twisted up in all the other movies and television versions I had seen. That over the years I assigned “things” to the story that Robert Louis Stevenson had never written.

I also had the very unpleasant discovery that Mr. Stevenson loved (I mean adored like he should marry them) semi-colons. Perhaps some editor, later on, replaced the friendly em dash with those little half-breed semi-colon bastards. I don’t know, if the latter is true then I suspect it’s my editor, she has a particular affection for them.

I can’t say I have nothing against the semicolon. Truth is I do. I don’t believe they belong in fiction. I’m a writer, it’s my story, so it’s my responsibility to decide if I want the reader to pause (comma) or stop (period). It feels awful wishy-washy to suggest the reader should determine on their own what they are to do at the end of a written thought.

Stevenson, apparently felt the reader’s discretion was fine. On a single page, I believe I counted a dozen of those politically correct punctuations. There was plenty more to come. Now for the average reader who holds no disdain for the semicolon their presence may have gone unnoticed. For me, it was pure hell. They kept drawing me out of the story.

I finally had to tell myself a story as to why Stevenson was using so many. I reason that the semicolon was symbolic of the Jekyll-Hyde transformation—a man who becomes neither one nor the other. Just like a semicolon.

I know, in my heart, I am giving the guy a ton more credit than he deserves. Someone with an understanding of the history of grammar might be able to shine more light on it. Maybe in 1886 semicolons were new and all the rage.

Or maybe as Vonnegut said, “all they do is show people you went to college.”

I’m with Kurt on that.

My only hope is that Stevenson’s fascination with how smart he was doesn’t extend to Treasure Island.

And although I love my own hyperbole on matters of grammar, I do find the punctuation and rules of earlier periods to be a fascinating part of reading classics. Whether you prefer Stevenson’s affair with semicolons or Kafka’s use on em dash or his persistent practice of giving his characters a single letter for their name, it’s all part of the understanding and adventure.

As an author, I’m fascinated by all aspects of the classics. If you believe yourself to be a word-smith or that you hold a well-developed vocabulary then there is no place better than classic literature to make one humble.

1 thought on “Doctor Jekyll and Mister Semicolon: The Strange Case of Literary Classics”

Leave a Reply to Setting Goals: How reading the Classics was a lesson in successful self-development – Writers After Dark Cancel reply