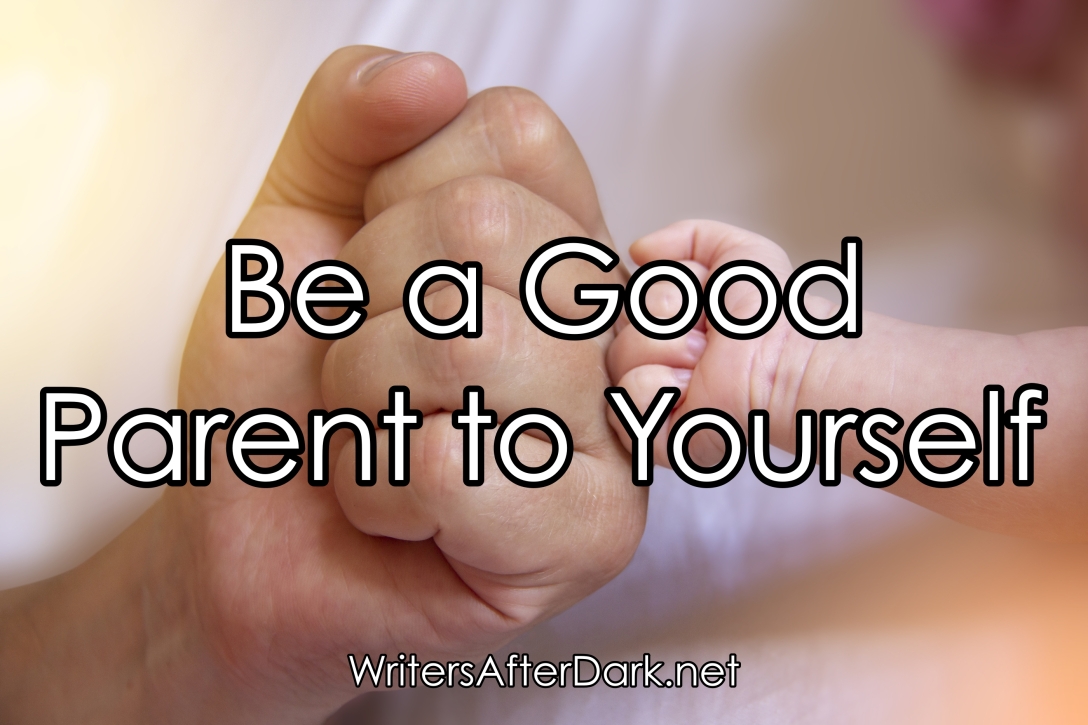 Most people aren’t selfish, they are frightened. Afraid of what others might think or fearful of how they might look. Scared life has passed them by, or that things will be taken away from them. Anxious that the stuff they most hope for will never arrive.

It’s all very individual. A homeless person will fight to the death for a cardboard box that you and I would throw away. A wealthy individual may fear losing an amount of money most of us will never make in a lifetime. Some of us simply fear a life left with unfulfilled hopes and dreams.

And all of us—no matter how many times it has been tattooed upon arms, proclaimed in drunkenness, or written in our journals— are frightened by the possibility or the actuality of regrets. (So tempting to spell it “regerts.”)

But I’ve come to believe the thing we are most frightened of is ourselves. I think that the condition has become worse in recent decades. I think the upswing in self-development, productivity hacks, and dieting is a reflection of that self-fear. Or maybe it’s the source of that fear.

We’re afraid that all the things we privately dislike about ourselves may be fixed and unchangeable. We are desperate to disprove those thoughts but scared to death, that action might provide the evidence that proves otherwise.

Most of us (certainly not all) have been programmed to believe untrue things about ourselves from the time we were impressionable children.

It’s not necessarily the fault of our parents. Yes, they were the source of the programming. Some of its intended and some of it unintended, but like us, they are imperfect and flawed.

They were dealing with their own baggage and their own programming. Maybe the parents were mean-spirited because of self-anger, or maybe they had great intentions but never heard of the benefits of positive over negative reinforcement.

Or maybe they thought, as their parents did, that shame provided the most effective manner to make children better people.

Maybe when they denied who we were, it was just fear over how that truth might reflect who they were. What stressed parent hasn’t asked, “where did I go wrong?”

Regardless, somewhere along the line, and of no fault of our own, we accepted some or all of the programming. The definitions of us and our worth became seeded in our subconscious. It’s the kinds of beliefs that drive our deepest fears.

You can mostly identify those programs because they speak in unforgiving absolutes. Phrases such as “I am this,” “I never,” “I always,” “I can’t,” “I won’t ever.”

Few of the absolutes are positive self-attributes. Mostly it’s the wholly negative things we firmly believe as fixed. Even when we shun personal responsibility and blame others or the situation, the program message is negative and fixed: “I don’t have the power to change this.”

My parents never called me ugly. But they often (ad fucking nauseam) said my older brother was handsome and that my sister was beautiful. They labeled those absolute qualities for them but not in me. It’s easy enough for a kid to believe the absence of a message is, in fact, the message.

I’m 53 and a confident serial flirt, but I’m still surprised when someone says I’m attractive. My program is that I’m smart and charming but not handsome. I even finesse compliments by rationalizing that, “sure, I’m found attractive to those women who like “smart.””

That’s code for “it’s my personality, not my features.” (It also demonstrates ignorance for how women actually “judge” attractiveness)

And like I said, the “programs” almost always speak in irrational absolutes.

My bullet journal of habits is a full-time job in itself. No reasonable person could or should work on so many things at one time.

I’m not a reasonable person.

And until recently, I could complete 98% of my daily and weekly goals and still look at the 2% and think/believe, “you’re so damn lazy.”

Lazy is an old program that mislabeled my individualism (core value) and rebelliousness (replaced with diplomacy).

I wasn’t a lazy kid, I was a damn pirate.

I can see the situation from my parent’s point of view. They had to label me lazy.

The only other option was to accept that my inaction to their requests was my middle finger raised in the air to them, “Arrggh, go fuck your damn chores, matey!”

This year I came across the phrase, “Be a good parent to yourself.”

I’d give credit to whoever wrote it, but I can’t remember their name and only vaguely recall how they defined it. So, my apologies to the writer for the lack of credit, and for the fact that I defined it for myself.

People improperly define selfish. We call petty, greedy actions, and the people who do them selfish. We judge people who won’t concede to our own self-interest, as selfish.

But if we were genuinely selfish than self-care, self-respect, and self-kindness would be the most critical items on our to-do lists. And yet they seldom are.

Ten years ago, I discovered that I had high, bad cholesterol and low, good cholesterol. It’s genetic mostly. My father, uncle, and grandfather have the same condition, and they all had heart attacks. My doctor put me on medication even though I fought first to try a stricter diet and exercise. His advice was, “you can’t control it without medication—take the meds.”

I begrudgingly took off my pirate’s hat and did. And then, when I went through a period of unemployment and was without health care, I decided the medication was unaffordable, and I stopped taking it…for three years.

When I returned to work, I did not return to my prescription. There was a ton of financial make-up to get done.

Think about that for a second. I deemed the medication unaffordable, and yet during that same period, I never missed a credit card, car, or cable payment???

I tested my cholesterol recently, and guess what? Yep, cholesterol levels right back at heart-attack levels. I revisited the doctor, a different doctor, and explained my medical history.

“Well, why did you stop taking your medicine?”

Doctor shakes head and notes that the cost of a heart attack is far higher than the cost of the meds cost…without insurance.

How would I know the cost anyway, I never even checked?

And here is the part about the good parent.

I would have gone bankrupt to provide the necessary medical care for my loved ones. I would have taken any number of part-time jobs to pay for their medication.

And yet, it never occurred to me to skip a credit card payment to get my prescription. Literally – It-never-occurred-to-me!

I was being a terrible parent to myself.

Like kicking my butt for not completing 100% of those habit things in my bullet journal.

Yeah, I really suck because I drank nine glasses of water instead of ten. I’m a loser because I didn’t floss one night. I deserve no happiness since I did not complete my ten thousand steps one day out of seven.

(Okay, three days out of seven, but stop being so negative.)

Of course, that is ridiculous. And of course, the self-messaging was a little more subtle. But I bet you do it to yourself all the time. Your list is different than mine, but you’re probably not being a good parent to yourself either.

As a good parent, I switched my focus from the negative to the positive. In considering my shortcomings, I asked, “How would a great parent handle this conversation?”

The kid has an off day and scores low on an exam. Is the good parent’s response, “you’re a stupid loser”? No, it’s, “Hey, it happens. Your life isn’t over. How can you do better the next time?”

The kid has an off day in sports. Is the good parent’s response. “you’re lazy and unmotivated”? No, it’s, “Hey you got out there and tried. You had some great moments, even if you did have a few missteps.”

There is a formula I’ve developed for this “be a good parent to yourself” stuff.

The first is don’t let that child’s voice in your head talk in absolutes. You’d never let someone get away with talking to your kid the way you speak to yourself . . . Ever! That hurtful self-talk is just old programming.

The second is to be kind to you even when you don’t believe you deserve the kindness. You’ve spent enough time kicking your own ass for your perceived imperfections, how about saying something pleasant for a change. If you can’t manage it, then follow “mom’s” advice: If you ain’t got nothing nice to say, then say nothing at all.

The third is to think the best of yourself, practice that unconditional love that a great parent practices. You can be disappointed in actions without being disappointed in yourself. When it’s true that your actions were wrong, give yourself a little credit for having your heart in the right place.

The fourth is to be supportive but firm. Actions and inactions have consequences. When either isn’t aligned with your goals, be understanding, and supportive. Don’t judge, but also have that little accountability talk with the person in the mirror. A great parent doesn’t raise a spoiled entitled, ‘it’s not my fault kid,” but they also don’t beat the child into submission for their imperfections.

And the fifth is practice self-care for yourself in the same way you would for a child. Make sure that the inner kid eats their vegetables, sleeps enough, exercises enough, and keeps learning and growing.

A great parent wants their child to live his or her best life. A life of self-acceptance and self-worth, of passion and compassion, and of purpose and fulfillment.

It’s a lot to ask that we be a great parent to ourselves. Great parents aren’t perfect. We have our off days, we misspeak, we trip up. It’s not easy, mostly because you don’t believe you deserve a great parent.

But if none of your previous methods have worked, I sincerely believe that it is worth a try.

Now I’m off to reward myself for this post with rum, cake, and cholesterol meds because that is what great pirates do.

4 thoughts on “Be a Good Parent to Yourself”