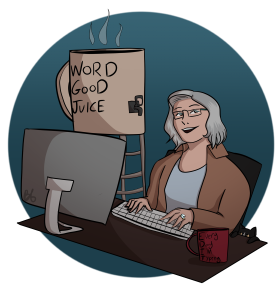 Q: When I use emojis in my writing, where does the punctuation go?

A2: There seems to be a great debate on whether or not to even use emojis, but if you decide to use them, you should be consistent in how to punctuate around them.

Emojis have come a long way from the old emoticons of only a few years ago. Now they’ve morphed into something that looks more like we’re adding a cartoon to our emails or texts, and more varieties are being introduced as the needs arise.

I don’t think they’re going away anytime soon, so we may as well figure out what to do with them.

With people texting, emailing, and sending private messages on social media, the emoji has become at times the clarifier of our intentions. Think of the passive-aggressive period and how it affects the tone of our texts (“fine” or “fine.”), leaving ambiguity as to whether we’re actually okay with what’s being discussed.

Formerly, emojis were used only in casual online conversations or texts, but now they’ve crept their way into professional emails with regularity. How should they be used, and where do they fit into a sentence?

First of all, they can be used however you’d like to use them, but keep in mind that there are certain emojis that have taken on a life of their own (think 🍆 and 🍑), so be cautious of using ones you’re not sure of.

If an emoji is in the middle of a sentence, I think it’s pretty simple to determine that there’s no punctuation there, just as there wouldn’t be if the emoji was absent.

Meet me for ☕ later?

If you’re using an emoji to reinforce what was said, then you can put it at the end of the sentence. If it’s in a casual text, or in a tweet (where every character counts), you can use the emoji in place of the punctuation.

If you’re using emojis at the end of a sentence that has punctuation, or between sentences, then the general consensus is that the emoji comes after the terminal punctuation for each sentence. The English Stack Exchange suggests that you view the insertion of emojis as you would a parenthetical phrase.

Did you see what she posted on Instagram? 😲 I can’t believe she threw me under the bus like that! 🚍 😠

I found a couple terrific style guides out there you can explore:

The Definitive Guide to Emoji Punctuation

Happy writing! And feel free to submit your questions here so I can answer them in a future post.

If you have any questions, don’t forget to

Lynda has been fascinated with the written word since she first learned her alphabet. She is somewhat of a woman of mystery—this is in part because people shake their heads and whisper, “What in the world . . .?” when she walks by. The real enigma is that she’s a copyeditor/grammar thug to the nth degree, yet being around her is like having a one-person, personal parade at hand. View all posts by Lynda Dietz