Raymond Esposito is an award-winning author of dark fiction including The Creepers Saga, The Devil’s Hour, and several short stories, the latest of which appeared in Sanitarium Magazine. He earned a degree in Psychology from the University of Connecticut and is a recipient of the New England Scholar Award. He spent the past twenty-five years working as a criminal behaviorist and forensic interrogator. His professional articles and interviews have been published in several journals and magazines including Family Circle.

He lives in Florida with his wife, five (adult) children, and his 155-pound puppy Zeus. He and Zeus often argue the merits of feeding a dog Twinkie’s—to date, Zeus has won all of those arguments.

Save yourself from a gruesome death!
Support Raymond Esposito here:

YOU AND ME AGAINST THE WORLD (The Creepers Saga Book 1

There are things worse than death.

A devastating virus has swept the world, turning humans into ravenous monsters. Even the government’s extreme measures cannot prevent its spread, and the world becomes a terror-filled nightmare.

Dr. Russell Thorn is thrust into this new world without warning as the Creepers – the zombie-like victims of the virus – lay siege to his home. He searches desperately for escape amidst the chilling revelation that the Creepers are changing…growing more intelligent…evolving.

Thorn’s rescue by a group of young survivors starts him on a desperate quest to find the last safe place on earth. But the Creepers are not the only things standing on their path to safety. It is a road filled with horror, where the survivors will discover the limits of their own humanity and the costs of love, loyalty, and hope in a new dead world.

ALL OUR FOOLISH SCHEMES (The Creepers Saga Book 2)

The survivors had experienced things worse than death. Like the loss of friends, infected cats, and the Creepers. Fleeing from the insanity of Fort New Hope, pursued by the relentless Infected, their hope rests on their love for one another and a far off place once called Wyoming. It is a thousand mile trek across a landscape of death and horror and a journey marked by impossible choices. First, however, they must buy Dr. Thorn enough time to save their injured friend. In the remains of a small hospice, they will again, play out a dangerous race against the clock. For with each passing moment spent saving their friend, the Creepers draw closer.

BENEATH THE GATHERING STORM (The Creepers Saga Book 3)

The survivors—these warriors of an awful, dead world—are broken and divided. Pursued by the relentless Infected, they have fled into the wasteland to pay penance for all their foolish schemes: the schemes that have broken their once-strong bond, the plans that have cost them their friends, and the choices that they have paid for in blood.

But still the warriors refuse to surrender, and in that determination they rediscover the thing that has driven them throughout their journey—hope.

The Infected, however, are not the only dangerous mysteries of this new world, and safety is no longer a place to be found; it is something they must fight for.

So they turn, once more, to face the Infected—to do battle for their lives and for the hope of all humankind. They will throw the last of their strength against the Creepers. They will stand together, willing to sacrifice all that is left of themselves as they again meet the infected horde. . . beneath the gathering storm. 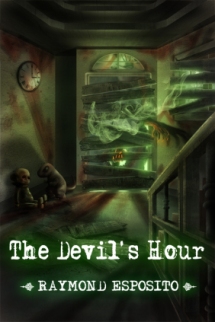 It begins with a car accident and a mysterious wall of smoke. Something horrific has arrived in Sam Drake’s neighborhood. Something that will unleash their every nightmare and test the limits of sanity. Sam and his neighbors must find a way out…a way to survive the terrors in the darkness. But every neighborhood has its dark secrets…and some nightmares are inescapable…when the hour comes.