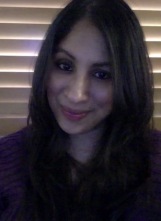 S.K. Anthony is a make-stuff-up-er, an award-winning author, and a bestseller on Amazon who lives in New York. She is a wine connoisseur, which just really means she knows she loves it, and a caffeine addict. When she isn’t busy with her family, she finds herself being transported into the world of imagination. Well, either that or running away from spiders . . . she is convinced they are out to get her!

Being strong is one thing. Being an unlimited source of power is quite another.

Genetically altered by the Organization, Annie Fox takes down criminals CIA-style with her luminary strength. With nothing to mend but her broken heart, she is relentlessly pursued by her boss Derek Lake. Just when Annie is about to give him a chance, her ex-husband unexpectedly comes out of hiding.

A wanted man, Nick Logan is a cold-hearted murderer who is considered enemy number one, and orders are clear: kill on contact. He is more powerful than ever and threatens the lives of those she holds most dear. His plan? Get his hands on Annie and use her Kinetic energy to destroy them all. When Annie finds herself with an opportunity to end him, she pauses, horrified by the scars covering the face she once loved. A split second that will cost her everything . . . 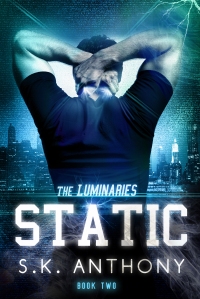 Kevin Pierce is a teleporter, a ladies’ man, and a loyal friend . . . or so he thought.

As a genetically altered Luminary, he helps the government bring down some of the most dangerous criminals. Not very challenging if you have his special abilities. But when a group of rebel Luminaries attacks his Organization the fight for survival begins.

One shattering event after another tests the depth of his relationships, his sanity, and his powers. Emotionally torn, Kevin must choose carefully where his loyalty lies. In the middle of all the unexpected chaos he gets the biggest shock of his life when he’s faced by a betrayal he never saw coming. Angry, injured, and ready to even the score, Kevin goes Static . . .